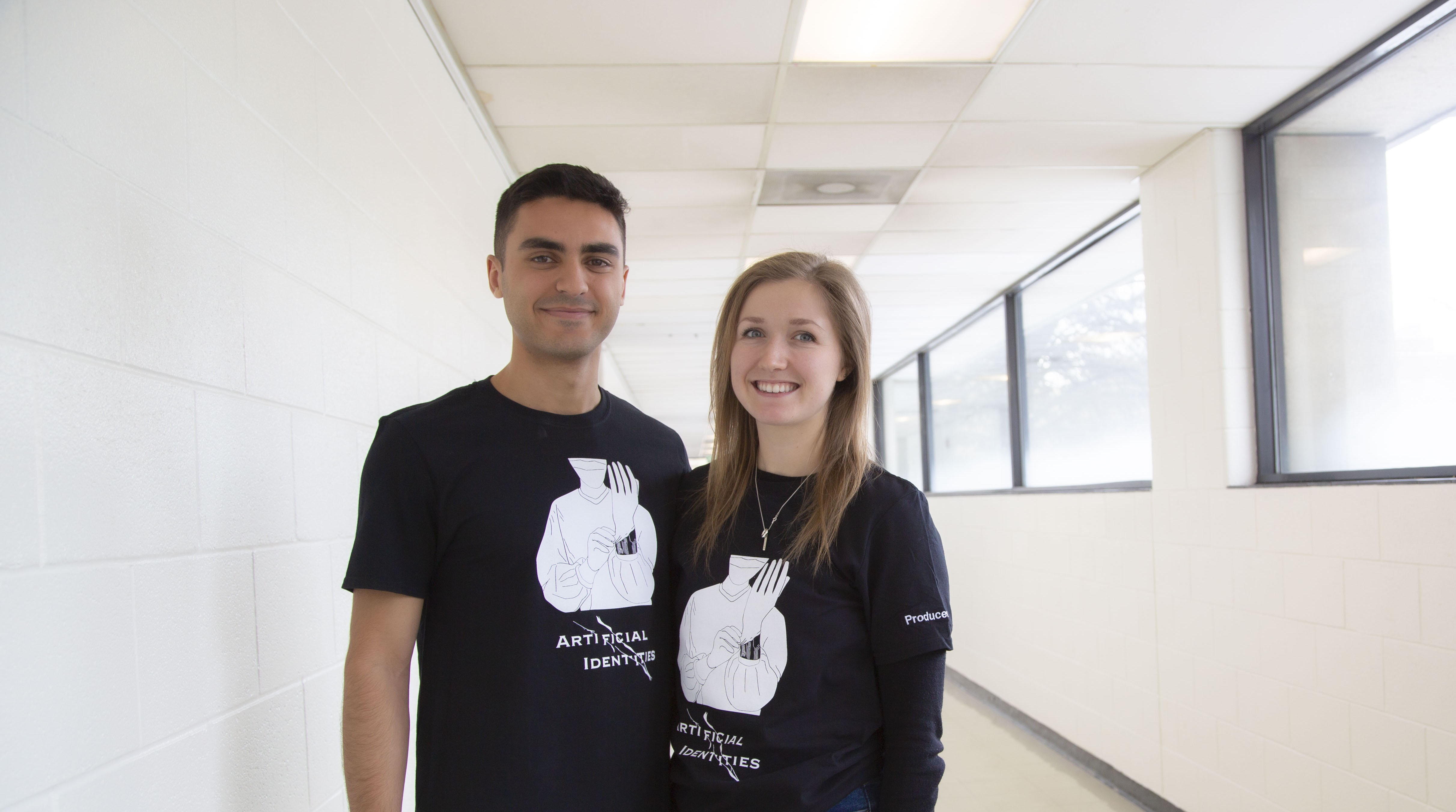 As one of the oldest remaining traditions on campus at the University of Toronto, Daffydil is a medical student organized theatrical production that has taken place annually for more than 100 years.

So, what is this year’s show about? You’ll have to attend to find out. Like any good tradition, the show’s plot is to remain secret until opening day on February 19.

The show runs from February 19 to 22 at Hart House Theatre and tickets are still available online and at-the-door for purchase.

The production draws on the creative talents of over 70 medical students to act, direct, script-write, compose, choregraph and more to pull the show together and doubles as a fundraiser for cancer research, as all proceeds of Daffydil are donated to the Canadian Cancer Society.

While the producers of Daffydil 2020, Ingrid Blydt-Hansen and Kieran Sharma, remained tight-lipped about the exact details of the production, the second-year medical students spoke with Faculty of Medicine writer, Ciara Parsons, about their involvement with the show, its cast and the power of teamwork.

Can you tell us a little about yourselves?

I: My name is Ingrid Blydt-Hansen, and I grew up in Winnipeg. I came to Ontario for undergrad in Life Sciences at Queen’s University, and now I’m here at the University of Toronto in my second-year of medicine.

As per my theatre experience—there isn’t tons of it. I took voice lessons and danced growing up, but my last appearance in a musical prior to Daffydil was in grade six, where I played the ‘Sour Kangaroo’ in Seussical: The Musical Jr. So being a part of this musical has definitely been a learning experience for me.

K: My name is Kieran Sharma. I grew up in London, England and moved to Toronto at age 11. I did an undergrad in physiology at McGill University and now I’m back in Toronto in my second-year of medicine. My artistic background consists of several years of dance training and some recreational theatre involvement in high school where I directed and choreographed an annual play performed by students at my school, quite reminiscent of Daffydil actually. I found the theatre scene at McGill too intense to break into, but Daffydil has been a perfect opportunity to re-explore that passion of mine.

Why did you decide to get involved with this year’s production of Daffydil? What does it mean to you?

We were both cast members in last year’s Daffydil and our involvement in the show was one of the most enjoyable and rewarding parts of our year. The show is such a unique platform for artistic expression, physical activity, stress relief, and social interaction, connecting students across both years of pre-clerkship and all four academies. Beyond that, the show contributes to a worthy cause, donating all of its proceeds to the Canadian Cancer Society.

Coming off of our experience in Daffydil last year, Ingrid and I knew that we wanted to take on a leadership role in this year’s production. We became very close friends through the show and had joked about becoming this year’s producers since the early days of getting to know each other. As producers, we wanted to afford this year’s participants the same unforgettable experience that we were lucky enough to have, and we wanted to facilitate a show that is entertaining and relatable to audiences both within and outside the medical community.

What are some of your strengths that you bring to this role that you think are demonstrated through the production of Daffydil?

As far as we’re concerned, the only skill that is absolutely necessary to head a production like Daffydil is the ability to be a team player. Daffydil is nothing if not a collaborative effort; the show brings together people with a huge variety of skill sets, and it is our job to foster an environment in which everyone has the ability and the confidence to make their mark on the final product.

We hope this team spirit will be evident come show time, when audiences will get to see the culmination of months of hard work on the part of our actors, dancers, musicians and behind-the-scenes crew.

Can you tell us a little about this year’s Daffydil production?

As per Daffydil tradition, the plot of the show is not revealed until opening night. However, Daffydil has always been a platform to explore and expose some of the unique aspects of the journey of becoming a physician. This year’s show is no exception; our writers, Joseph Kates Rose and Emily Snook, have put together a fantastic script that delves into some of the good and not-so-good parts of medical school, as well as life in general (to be specific).

How did you settle on the idea of ‘Artificial Identities’?

The story behind ‘Artificial Identities’ was conceived nine months ago by our scriptwriters. In their application to write the show, they were tasked with coming up with a preliminary storyline, which was then fleshed out over the ensuing months with input from us and our directors, Brendan Kelly and Julia Dmytryshyn. We’re obligated to keep the plot of Daffydil under wraps until it hits the stage, so we can’t give details, but the story deals with some themes that are important to our team and that we hope our audience can relate to.

In three words how would you describe Artificial Identities?

Hilarious, Intelligent, Titillating. It’s going to be a HIT.

Tell us about the cast of the production? What should the audience know about them?

No words can do justice to the cast of this production. Their talent and tireless dedication to their roles has been an absolute privilege to witness. Some of them have extensive backgrounds in the arts, and some of them have never set foot on a stage. But they have all poured their heart and soul into this show and we are deeply indebted to them for bringing to life what was once merely an idea. In between classes and exams and other extracurricular activities, they set aside hundreds of hours to prepare for Daffydil and we are so proud to present to our audience the culmination of their efforts.

It’s also worth noting that we’re really fortunate to have first year students take on leadership roles this year. Our dance leads, Béthanie Hamilton and Victoria Mintsopoulos, for example, are both 2T3s who stepped up and did an amazing job in a role that is normally filled by people who have been in Daffydil previously.

Is there a specific message you are hoping the audience of Daffydil will walk away with after seeing the show?

K: We hope that the show will bring our audience laughter, emotion and some insight into life as a medical student. The specific messaging of the show is confidential of course, but we hope our production will show audiences that medical students aren’t just ‘book nerds’, we can be ‘theatre nerds’, too.

I: One thing that I hope the cast/crew/band as well as the audience leaves this year’s show with is the importance of continuing to do the things that make you happy throughout medical school. We got into medical school because of the unique and interesting things that define us—I think for a lot of the people involved in Daffydil, this production is an example of those types of interests and I hope that resonates with people.

After Daffydil has wrapped up, what will you remember the most about it?

I: The people really make this experience memorable and I think the friends I’ve made through Daffydil will be the biggest takeaway for me. Especially you, Kieran.

K: I agree, the most memorable part of my experience with Daffydil will definitely be the friendships I made along the way. And that’s a big part of what makes Daffydil so great—you get to meet and work with people from different years of study and different academies that you otherwise may not have become close with. Special shout-out to Ingrid for being the best partner I could have hoped for.