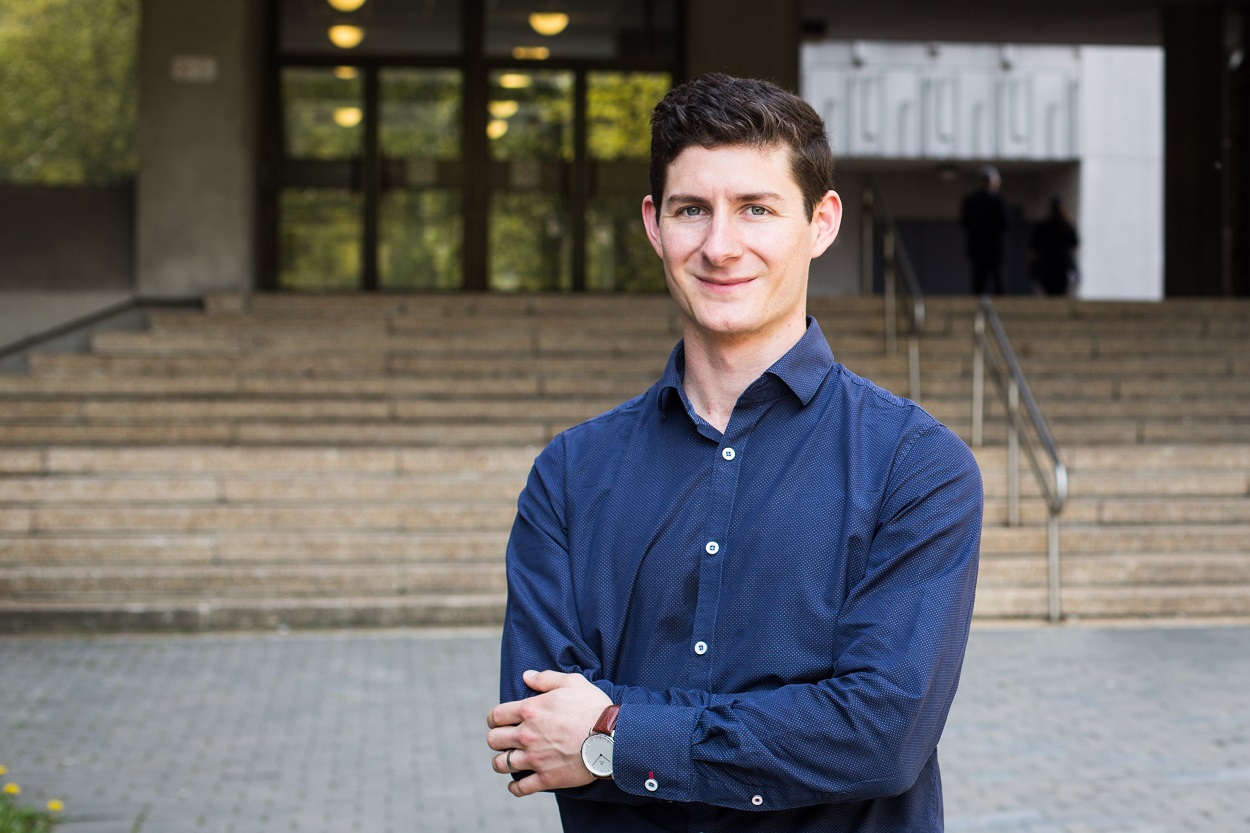 Robert Vanner wants you to know, he hasn’t cured cancer. But, he has identified how in a common type of brain cancer in children – medulloblastomas –  some cells can actually thrive during chemotherapy, making it difficult to fight. He also identified a drug that, in mice, could suppress this chemo-loving feature, making it possible to kill the tumor once and for all. He did that while also going to medical school. Vanner is one of two students who will be graduating as a double doctor from the University of Toronto on June 6, having earned both MD and PhD degrees. He talked to Faculty of Medicine writer Liam Mitchell on what made him doubly dedicated to defeating disease.

Isn’t medical school difficult enough? Why did you decide to also do a PhD while earning your MD?

Well, this wasn’t about just taking on another challenge. While doing research in undergrad I realized the thrill of making a discovery and learning something completely new. I was hooked and at graduation was weighing my options between doing doctoral studies first or an MD/PhD program. I was drawn to medical school by the chance to work with patients and the different rewards it might offer, and I haven’t been disappointed. I felt research could improve my patient care, but also my interaction with patients could make my research more focused and fulfilling.

Tell me about your research.

I worked in Dr. Peter Dirks’ lab at The Hospital for Sick Children, which focuses on brain tumours and stem cells. Not all cancer cells behave the same, so we set out to define the different types of cells in a tumour and how they grow the disease. I worked on medulloblastoma, which is a common type of brain cancer in children. We found that most medulloblastoma cells divide quickly, at least once a day. Surprisingly, tumours also have a tiny fraction of cells that rarely divide – on the order of once every three weeks – and look like the stem cells that build the developing brain. Using powerful genetic mouse models, we showed that the slowly cycling stem cells cells were at the root of tumour growth.  While chemotherapy would kill off the dividing cells, the stem cells were resistant and caused tumours to recur. By identifying a drug that also killed the stem cells, we could shrink away mouse tumours and keep them from growing back. This work was published in the journal Cancer Cell.

So, what are the next steps?

There are members of the Dirks lab that are continuing to work on this. It’s really thrilling to think that work I started is going to continue and hopefully lead to new research papers and hopefully new treatments.

But for now, you need to focus on your residency, right?

Yes, I am very excited to be starting residency in Internal Medicine in Toronto. Patient care will come first, but since returning to medical school I’ve been working on a new project studying the genetics of B-cell leukemia, and I’ll be looking to use some of the new skills I’ve picked up to continue to be productive as a resident. After a clinical fellowship and postdoc, the dream is to have a lab making discoveries relevant to patients I’ll be treating in clinic, likely as an oncologist.

How did you find your experience at U of T?

I feel very fortunate to have been part of a program with such an outstanding group of students, some of whom have become close friends. U of T has a well-supported MD/PhD program with a strong sense of community thanks to its students and program director, Dr. Norman Rosenblum, who is very supportive of trainees. The last 8 years have been a blast.

For the full schedule of #UofTGrad17 convocation ceremonies, visit http://www.convocation.utoronto.ca/events.