From U of T to the UN: MD Student headed to Commission on the Status of Women

Feb 22, 2019
Author:
Tommy Hana, a second-year MD student, is packing his bags for a trip to the United Nations (UN) Headquarters in New York City. 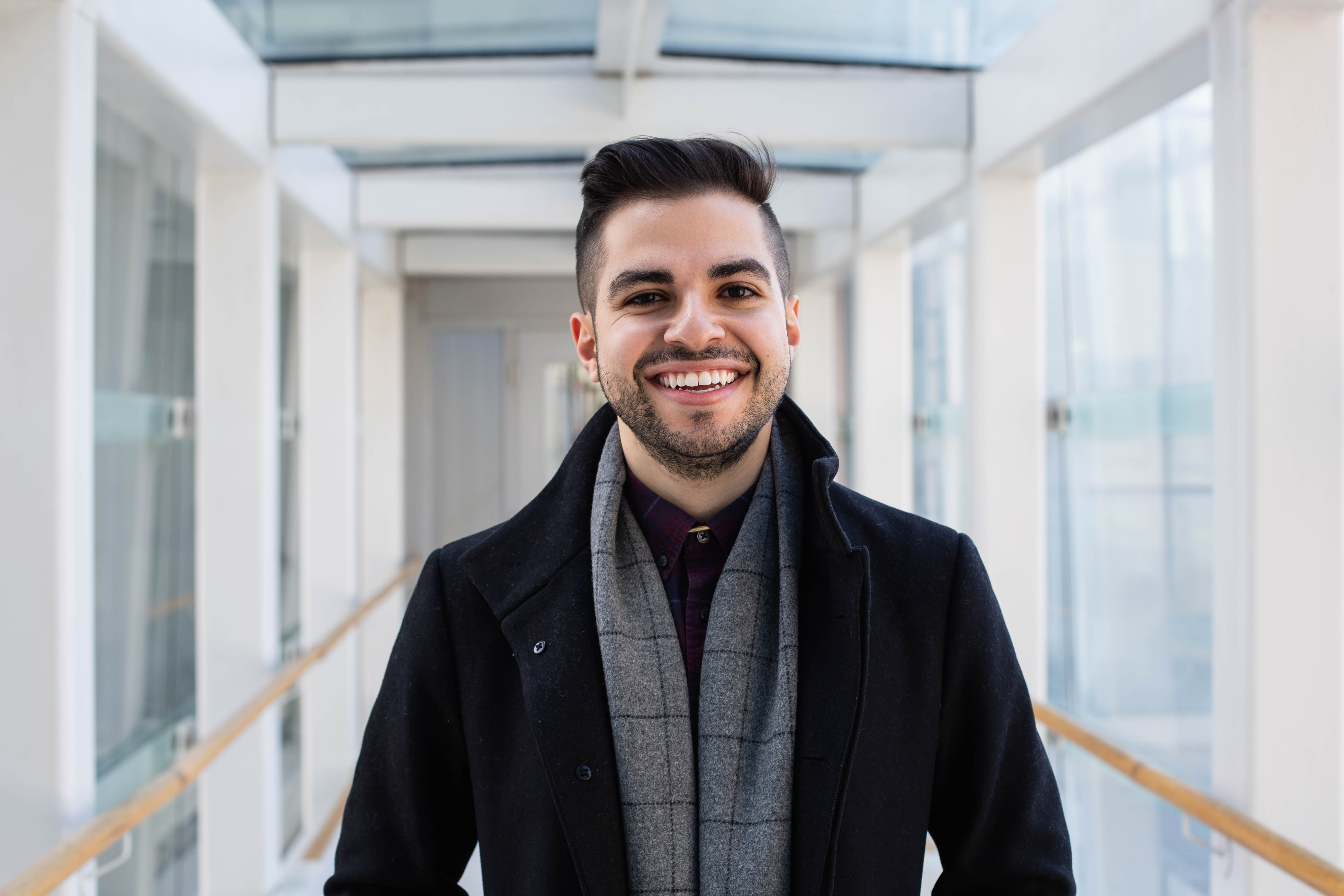 Tommy Hana, a second-year MD student, is packing his bags for a trip to the United Nations (UN) Headquarters in New York City. Hana is a member of the International Federation of Medical Students’ Associations (IFMSA) delegation heading to the sixty-third session of the Commission on the Status of Women (CSW). The meeting includes international government officials, activists and non-governmental organizations and centres on discussions about women’s rights and empowerment. Hana recently shared his thoughts with writer Erin Howe.

Why did you want to be part of the delegation headed to the CSW?

Growing up, I faced barriers because of identities I had no control over. My parents fled to Canada from Northern Iraq as political refugees without much money or any formal education. I grew up in low-income neighbourhoods where opportunities for professional development were few. Avoiding being groomed by neighbourhood gangs, respecting and simultaneously avoiding the police and keeping track of what streets you could and couldn’t walk was common.

My parents blocked out the sounds of sirens and racist slurs with their encouragement to continue to work hard and take advantage of every opportunity that came my way to make the lives of the people around us easier. I’ve gotten to where I am today by standing on the shoulders of people who advocated on my behalf. I believe that it’s my turn to use my privilege as a cisgender man and medical student to support people who are typically left behind in the health care system.

Being a delegate to the CSW will provide me with a platform to advocate for health equity across genders, in allyship with women, transgender, intersex and non-binary people. I also hope to work with my fellow delegates to bring light to the health disparities women face using an intersectional lens. It’s imperative to acknowledge race, gender identity, sexual orientation, ability, migration status and socio-economic status as compounding social identities that present unique barriers when it comes to accessing care.

Can you tell me a bit about the IFMSA?

The IFMSA is one of the world’s oldest and largest student-run organizations. It represents over a million medical students from 135 national medical organizations in 125 countries. The IFMSA engages medical students around the globe in discussions and projects in public health, sexual and reproductive health, medical education, and human rights.

How big is the group and where are the other delegates coming from?

This year’s delegation is made up of eight people from regions from around the world. I’m the representative for the Americas.

We have a diverse group which includes members from Jordan, Taiwan, Germany, Holland, Lithuania, Tunisia, and Australia. As such, in organizing conference calls we’ve become time zone masters! Our preparations began months ago, with various email chains, Whatsapp groups and conference calls.

What are you most looking forward to?

I’m excited to meet and learn from women and girls from around the world who push the gender equality agenda forward within the Sustainable Development Goals framework, which is a blueprint for peace and prosperity. Furthermore, I’m privileged to be among the delegates who will present an IFMSA policy document on access to safe abortion as a foundational component of universal health coverage.

However, preparing for the CSW is bitter-sweet. I wish I could say I was proud to have this opportunity, but as a supporter of the UN, I’m ashamed that member states fail to prevent the deaths of women and girls via unsafe abortions. As a future physician, I’m ashamed that political gains are prioritised over the health and safety of women and girls. But I’m hopeful this commission is able to put the values and preferences of women at the forefront of their discussions.

As someone who identifies as male, why do you think it is important to talk about women’s rights?

Gender as it functions today is a grave injustice. At the outset, it’s impossible to speak of gender in isolation or as a binary. Furthermore, it’s negligent to assume gender equality is a reality. We must recognize there’s no such thing as equality when the foundational supports for women have been dismantled by centuries of misogyny, racism, ableism, heterosexism, transphobia, and xenophobia.

Our expectations for women have evolved, but our social, political, and legal structures have lagged far behind. Our societies are intrinsically set up to benefit men. How can we say all genders are equal when we fail to recognize the importance of things like maternity leave, access to reproductive health services and bodily autonomy? As men, I believe it’s crucial to stand in solidarity with women, transgender, intersex and non-binary people while they lead conversations on gender equality. As a society, we must hold policy makers accountable to distribute resources equitably, provide more support and opportunities to people who continue to be left behind.

How might this experience shape your path through and after medical school?

As somebody who hopes to provide the best possible care to my patients through clinical practice and policy work, it’s my duty to learn as much as I can from the communities I aim to serve. Although I’m still undecided on what kind of physician I want to be, I have great interest in women’s health. The CSW will be an incredible learning opportunity to understand the political and social barriers that prevent women from accessing the care they deserve.

That said, the inspiration for my advocacy won’t come from the UN Headquarters. It will continue to come from the women at the Rexdale Community Health Centre, the 519 and the Fred Victor along with all the other women who’ve thrived through hardship to lay the groundwork for healthier communities.