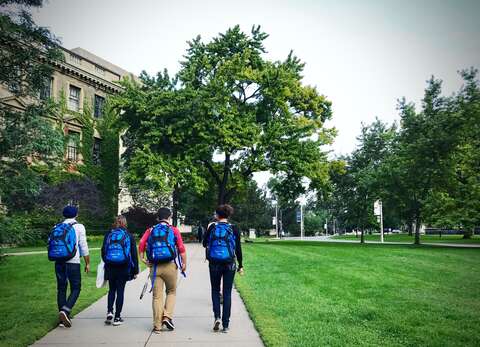 The MD Program is introducing three new personal days and a week-long fall break as part of the resilience programming within the Foundations Curriculum.

The idea is to support students in balancing their academic responsibilities with their own wellness and personal priorities.

“Resilience cannot the sole responsibility of our trainees. It has to be a shared community responsibility,” says Pier Bryden, Director of Program Integration and Associate Professor in the Department of Psychiatry. “We can talk about the importance of doing yoga, going to the gym and staying in touch with friends, but unless we facilitate that kind of self-care and stand behind it with clear structural changes to how we deliver our training, there’s a disconnect for students.”

The risk of burnout and need to support resilience among medical students are well documented. An American study published in Annals of Internal Medicine in 2008 revealed nearly half of its more than 4000 participants reported burnout. About 10 percent experienced suicidal ideation during medical school.

By its nature, medical school is known to be stressful. One contributing factor has been the minimal control students had over their time — an element associated in scientific literature with poorer mental health in workplaces.

Bryden says although trainees need to adapt to the reality of the type of structured schedules physicians are required to maintain, it’s also important to give them the opportunity to self-regulate.

“Students shouldn’t have to report to their medical school if they want to take a personal day to go to a friend’s wedding or their grandmother from overseas is visiting and they haven’t seen her in five years,” says Bryden, who was part of the team that developed the new curriculum. “There are some restrictions — as long as it’s not the day before an exam and they’re not required for clinical responsibilities. Students just need to log their day so we can confirm there is no conflict with educational or clinical requirements.”

The three personal days are in addition to the weekly day allotted to students for self-directed learning. Although it’s possible for them to squeeze in their own medical appointments during those times, student feedback revealed the study days are necessary to keep up with the educational demands of the Foundation Curriculum.

Bryden credits the MD Program’s course directors and theme leads for making the week-long fall break possible.  She says with just 36 weeks of instruction in each of the first two years of medical school, every week of curriculum in a medical school is packed.

“Psychologically healthy trainees make better doctors,” says Bryden. “This is one of the most important messages we’re sending to students.”