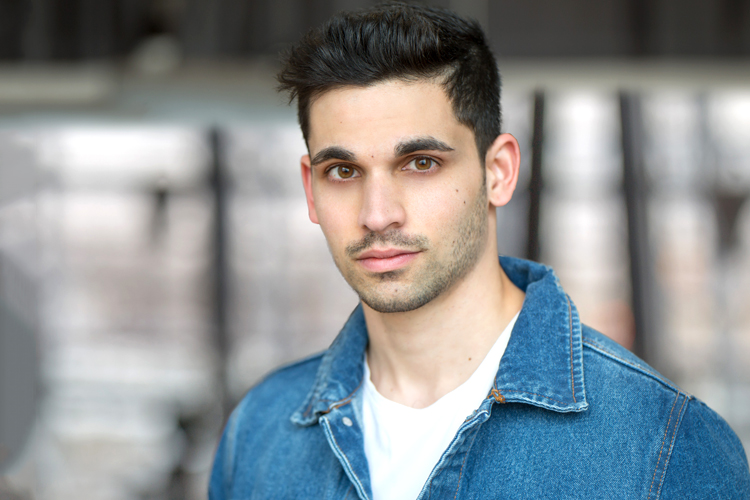 Science is about so many things – the power of curiosity, the thirst for knowledge, the creativity that improves our world. For Karan (Joshua) Abraham (BSc 2011 TRIN), a student in the MD/PhD program at the Faculty of Medicine who is pursuing his doctorate in the Department of Laboratory Medicine and Pathobiology, science is not just all these things, but also about sharing the wonder of discovery with the scientists of the future.

For his intriguing discoveries in cell biology, as well as his outstanding efforts to mentor young science students and pass on his passion for research, Abraham is the 2017 recipient of the Adel S. Sedra Distinguished Graduate Award. The award recognizes excellence and leadership at the graduate level and grants the winner a fellowship of up to $25,000.

Abraham’s research on molecular mechanisms in yeast and human cells is aimed at helping us understand the basic biology of aging and longevity. In several published papers, including works in highly regarded journals such as Nucleic Acids Research and Nature Communications, Abraham has presented his findings on molecular structures called DNA-RNA hybrids, which are a common byproduct of our genes but which can also be damaging to DNA, and therefore toxic to cells.

Looking at a mechanism called “R-loop suppression,” Abraham has discovered a way to stop the structures from forming – research which is already providing new insight into how amyotrophic lateral sclerosis (ALS) comes about, and may even show a completely novel way to treat diseases associated with pathological build-ups of these molecules. With his supervisor, Karim Mekhail, Canada Research Chair in Spatial Genome Organization, and several partners, he is already working on commercializing his discoveries.

Abraham’s professors are impressed. His publication output (five peer-reviewed articles published and several more submitted or under review) is at an extraordinary level for this area of research, they say. They have praised his creativity, experimental design, strategic thinking and ability to identify unresolved problems.

But Abraham doesn’t stop with publishing his discoveries. Himself the beneficiary of mentorship, he’s taken a leadership role in sharing his passion for science. Coming to Canada from India at age 19 as an international student, he explains, finding mentors was vital in adapting to a new country as well as to achieving research success.

“Finding a great mentor or coach can be game-changing, and I’ve been fortunate to have many incredible ones,” he says. “During my undergrad, I had the chance to work under the supervision of amazing scientists including Peter Dirks, Ben Alman, and Vince Tropepe. Dr. Victor Tron, Chief and Medical Director of Laboratory Medicine at St. Michael’s Hospital is an amazing man who took me under his wing and gave me the encouragement and support I needed to see through my own goals and ambitions. And of course, my current PhD supervisor, Karim Mekhail, who has provided me with every platform and opportunity I need to develop into an elite scientist. I owe so much to all of them.”

In 2014, Abraham co-founded the University of Toronto Youth Outreach Program, UT-YOP, in which high school students get a chance to see real scientific research in action. It’s a way to pass on the passion that his mentors have inspired in him. “The message I transmit is one that I find incredibly empowering: a career in science provides a unique opportunity to create and not just consume knowledge, and to influence, through discovery, the lives of many people one may never meet, see, or directly care for, both in this lifetime and beyond.”

Abraham plans to continue his cell studies in future while also practicing medicine. “I have a real sense of clarity of what my mission is” he says. “I want to, in my own research someday, tackle the biggest and most challenging biomedical questions that medicine faces and then find solutions for them. And I want to lead a basic biomedical research program, perhaps one day a national or even global coalition of scientists, on this mission.”

The Adel S. Sedra Distinguished Graduate Award is presented each year under the banner of the Awards of Excellence. It recognizes a current doctoral student who has shown outstanding academic excellence and extracurricular leadership. The award was created in 2002 in recognition of the remarkable contributions made by Professor Adel Sedra during his nine-year term as Vice-President and Provost, including spearheading the University’s efforts to provide minimum funding to its full-time doctoral stream students.

Alumni Relations within the Division of University Advancement is the steward of the Awards of Excellence program on behalf of the University of Toronto Alumni Association, and co-ordinates the vital contributions of other University stakeholder groups toward this prestigious award program.

Josh Abraham and the other 2017 Awards of Excellence recipients will be honored at a recognition event on April 27.