Oct 25, 2019
Author:
Ciara Parsons
Science communications is leaping from the realms of scientific journals and research posters to the world of podcasts. If you listen carefully, you may even recognize a familiar voice or two from members of the University of Toronto’s Faculty of Medicine. Here are a few podcasts created by or featuring members of the Faculty of Medicine community. 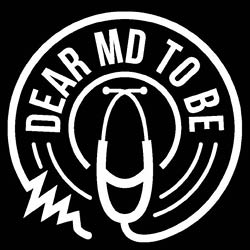 Dear MD to Be

For many aspiring and budding medical students, entering the field of medicine and earning their white coat is a
years-in-the-making dream. With countless hours spent studying, preparing for exams, completing clinical rotations and volunteering, the road to becoming a physician is no easy feat.

But what about the things they don’t teach you in your medical training—like how to navigate medical school as a diverse individual?

Dear MD to Be, a podcast series established in 2019, explores just that. Created by U of T medical students,
Maham Bushra and Meera Mahendiran, the series focuses on diversity, inclusivity and cross-cultural appreciation in medicine.

“For medical students of diverse backgrounds, an added cultural imposter syndrome and feelings of inadequacy can result when we are unable to see those who represent our journeys and unique experiences in our hallways, learning sites and budding careers,” said Bushra and Mahendiran when discussing their driving inspiration for Dear MD to Be.

The podcast series features conversations between medical student co-hosts and physicians of unique and diverse lived experiences. With episodes touching upon a variety of subjects, such as the intersection of medicine and religion, race, socioeconomic status, disability and more, the Dear MD to Be team says they theme episodes based on current events and topics of interest in medicine.

Dear MD to Be releases new podcast episodes on a monthly basis which can be found on its website, Apple Podcast and Google Play. 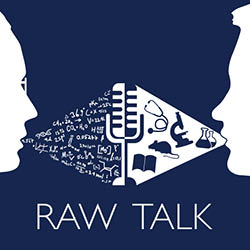 Having organized and attended dozens of academic events and panel-discussions as a PhD student, Richie Jeremian was left wondering why so few of his peers took advantage of on-campus opportunities to engage with faculty members.
Noting the value of these sessions and how inspirational they were to his own academic journey, Jeremian, who is now a Postdoctoral Fellow at the Centre for Addiction and Mental Health, decided that there had to be a way to cultivate a research culture at the Faculty of Medicine.

Enter Raw Talk Podcast, an audio series about the stories and experiences of the researchers and professionals at the University of Toronto Faculty of Medicine. Jeremian and his co-founder Jabir Mohamed, released the first episode in September 2016.

Now in their fourth season (and already 67 episodes in), Raw Talk Podcast's episodes have shifted in creative direction to engage its diverse audience of listeners in science storytelling around particular themes. Most recently, the team released an episode about research and health in space, featuring esteemed Canadian physician and former Canadian Space Agency astronaut, Dr. Dave Williams. The Raw Talk Podcast team feels that it’s important to feature a wide range of topics and individuals of varying expertise in their podcast series to highlight the immense depth and breadth of research and innovation in the U of T medical community.

“We’re not just speaking to scientists [in our podcast]. We’re also speaking to physicians, patients, advocates, students and other people in this research network at the University of Toronto,” said Jeremian.

Jeremian says one of the main goals of the podcast series is to show people why science is exciting, and that you don’t necessarily have to be an expert to be interested and curious about it.

Raw Talk Podcast releases new episodes every other Wednesday, and can be streamed on its website, found on most podcast apps and even heard every other Saturday morning on CIUT-FM. 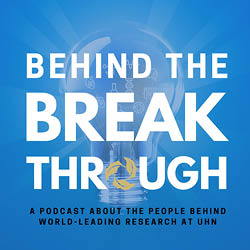 Dr. Heather Ross is a world-renowned cardiologist and scientist who has published over 250 journals, received numerous teaching awards and most prominently pioneered work with artificial intelligence and discovered how it can be used to predict heart failure. However, if not for her unshakable sense of determination and drive, it may have been the career that never happened.

In the University Health Network’s (UHN) newly launched podcast, Behind the Breakthrough, Ross, who also holds an academic appointment at U of T’s Faculty of Medicine, discusses her research, being rejected from medical school twice, how she deals with set-backs and more.

The podcast series released earlier this October aims to share the personal stories of its scientists and illustrate what fuels their passions. The episodes are structured into two parts, with the first half focusing on the interviewee’s research and the last half taking a deeper dive into the personal aspects of their lives to “reveal the people behind the research discoveries.”

Behind the Breakthrough will release new episodes every Tuesday until December 17, 2019. Episodes are available on all streaming platforms.