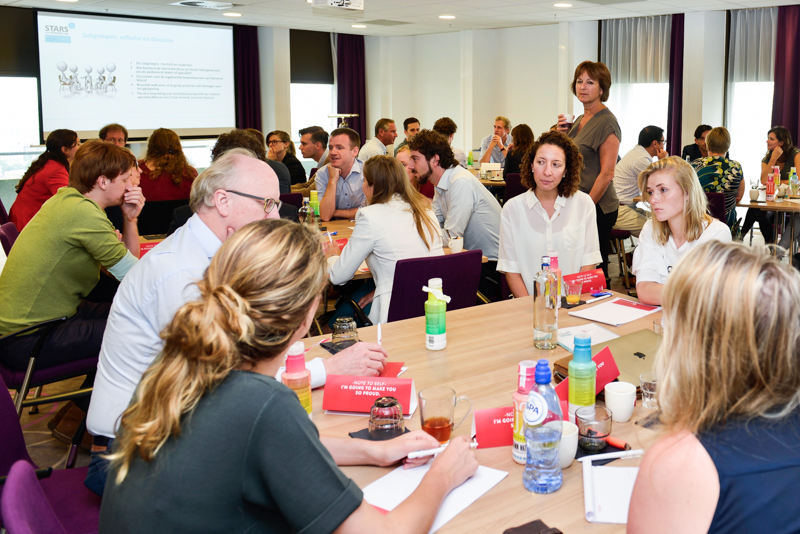 Brian Wong, an associate professor in the Department of Medicine and Medical Education Lead for Choosing Wisely Canada (CWC). CWC launched STARS (Students and Trainees Advocating for Resource Stewardship) in 2015 as a national, student-led campaign in support of more resource stewardship education. The initiative was spearheaded by students at the University of Toronto, and now being used as a model abroad to engage medical students as change agents. Wong just returned from Amsterdam where he helped Dutch medical educators introduce STARS.

“There are some important differences in how the STARS initiative is going to roll out in the Netherlands,” says Wong. “We’ve partnered with the leadership team in that country to replicate STARS there. The Netherlands is smaller and more contained than Canada, so in addition to targeting medical students, they’ll also invite two residents from each medical school.”

The program changes the culture of medical education by proactively addressing the medical school environment and student behaviors that can drive unnecessary care. As part of the initiative, students play an active role in advocating for more attention to resource stewardship during medical training.

Part of the strategy when STARS was established in 2015 was to invite two students from each of Canada’s 17 medical schools attend a leadership summit and become program ambassadors. So far, two such summits have been held, inspiring participating students to launch local campaigns at their respective schools.

“STARS is about building behaviour from the ground up,” says Arman Zereshkian, first-year medical student involved with STARS. “If students learn about the importance of stewardship early in their medical training, it will become core to their decision making when it comes time for them to think about ordering tests or treatments and what they want to get out of them.”

“The choices we make for our patients can have broad effects for the health system,” says Sarah Silverberg, a fourth-year medical student who’s been involved with STARS since the beginning. “This is a challenging and interesting area to work in because we’re trying to change behaviours and weigh needs of our individual patients against the considerations and potential harms to the nameless, faceless general public, which could include the very patient we are trying to help. It’s intersection that we can’t ignore.”

In addition to supporting the program’s introduction in the Netherlands, Wong is also helping adapt the concept for the United States.

The pilot program is planned to run at Dell Medical School in Austin, Texas this December. As with rolling the program out in the Netherlands, Wong says adjustments will be made to adapt STARS for the U.S. Because that country is so large and has so many medical schools — about 150 — Wong says the initial phase will likely begin by inviting participation from about 20 schools.

“We’re thrilled to see this model of grassroots engagement with students to lead change being pursued in other jurisdictions,” he says. “As a medical educator, it’s inspiring. Today’s students have a strong sense of social responsibility and a desire to be part of a positive, collaborative change. It’s been great to see our students become strong advocates for the system and its sustainability.”

Central to STARS is the Choosing Wisely Canada list of Six Things Medical Students and Trainees Should Question. The list was a collaborative effort between the Canadian Federation of Medical Students (CFMS) and the Federation Medicale Etudiente du Quebec (FMEQ) and was developed with input from over 1800 Canadian medical students.   That list has also spurred interest and adaptation abroad, from the New Zealand Medical Student Association, and the Choosing Wisely Japan Student Committee. In addition, the Resident Doctors of Canada recently released their own list of Five Things Residents and Patients Should Question, an effort led by Dr. Justin Hall, an Emergency Medicine resident at U of T.