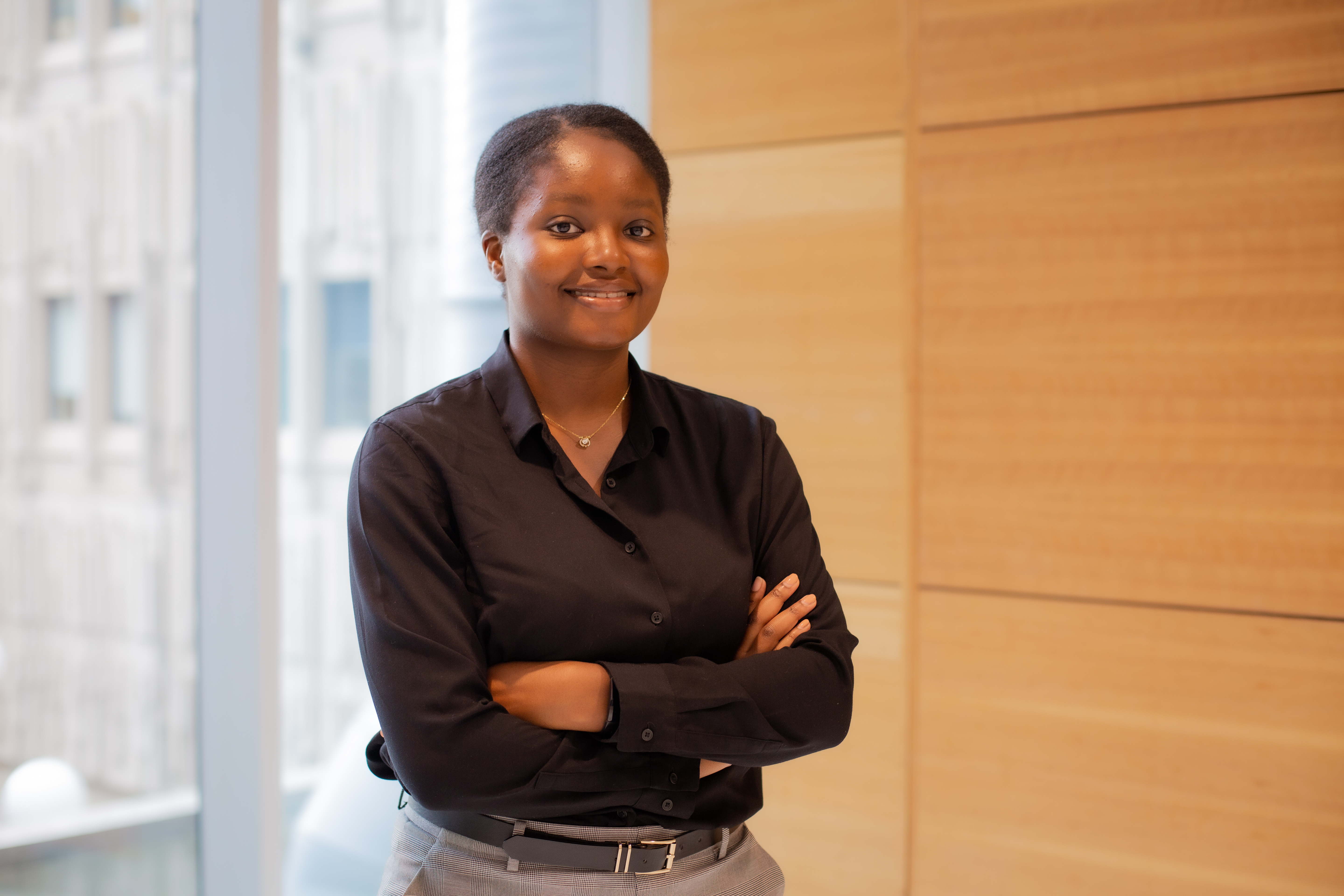 It was Semipe Oni’s first patient interview in a hospital setting. As an eager and bright-eyed first-year medical student, Oni was excited about taking on this new responsibility as a medical trainee.

With her two fellow classmates, Oni entered the patient’s room. After explaining they were first-year medical students here to conduct a history assessment interview, the patient asked for their names—excluding Oni from this request.

“I was standing in the middle of my two colleagues, both who were White females. The patient asked both of them for their names, but then completely ignored me,” she said. “In that moment, I was confused and didn’t know what to say because I wasn’t sure if this was intentional and based on the fact that I am a Black female.”

Oni credits her colleague for being an ally and intervening by asking if she wanted to introduce herself to the patient.

“The patient responded by saying, ‘I’m sorry, I thought you were the nurse.’ And that struck me because I knew microaggressions and discrimination was real, but I didn’t expect to encounter that during my first patient interview. I proceeded with the interview in a professional manner without letting it affect my interaction with the patient, but it gave me something to think about,” said Oni.

Luckily, Oni’s mentor, Dr. Onye Nnorom, was there to discuss the situation and validate her thoughts and feelings. Oni says having a mentor who can understand and identify with her experiences as a Black woman in the field of medicine has been instrumental to her development as a budding physician.

“Dr. Nnorom made me feel validated and like what I was feeling wasn’t just in my head. We talked through the experience and she gave me all these really interesting articles to read about microaggressions and discrimination. Dr. Nnorom helped me harness my energy into something productive.”

Oni and Nnorom are just one example of the many positive mentee and mentor pairs that have been made possible by the Faculty of Medicine’s Diversity Mentorship Program.

The initiative was originally started in 2015 by Dr. David McKnight, former Associate Dean, Equity and Professionalism in the Faculty of Medicine, and later re-launched in 2017 by the Faculty’s Office of Inclusion and Diversity.

The main goal of the Diversity Mentorship Program, which serves to match medical students with practicing physicians, is to provide mentorship opportunities to medical trainees at the University of Toronto who come from minoritized and underrepresented groups in medicine. This includes students who identify as Indigenous, racialized, LGBTQ2s, first in the family to attend university, differently abled, economically disadvantaged or from a minoritized faith group, amongst other groups.

As an equity-based mentorship program, it includes conversations about power, privilege, social identities, barriers and allyship. The Diversity Mentorship Program aims to further the culture of mentorship within the Faculty of Medicine and create welcoming environments for students who may otherwise feel like they are not represented in their spaces or face barriers based on their social identity.

“The myth of meritocracy puts a stigma on equity programs and frames them as a giving people unfair advantage,” said Shannon Giannitsopoulou, a Program Coordinator with the Office of Inclusion and Diversity. “But the reality is there are barriers for students from underrepresented and minoritized groups, such as the invisible curriculum, discrimination and microaggressions, lack of representation in medicine and financial barriers to name a few things.”

This is supported by academic medical education literature, including recent studies suggesting that in the absence of formalized mentorship programs, equity-seeking students are either unaware of the value of mentoring, unable to find a mentor whom they identify with or can become hindered by their own self-reliance which works to isolate them further.

Since the inception of the program it has grown steadily in size. This year, the Diversity Mentorship Program received 92 mentee applications, representing an almost 50 per cent increase in applications, and was able to match all medical students to a mentor.

The matching process works by providing mentees with the opportunity to review mentor profiles and then self-select their top five mentor choices. Once pairs are matched, they are required to meet for a minimum of one-to-two hours in-person per academic term where mentees and mentors can discuss things such as academics, career exploration, residency interests and research advice.

Giannitsopoulou said that according to the surveys and data they have collected, 82.6 per cent of mentees agreed the Diversity Mentorship Program was a valuable addition to their medical education, with an additional 91.3 per cent responding they had a productive mentoring relationship with their mentor.

Oni, for instance, says one of the reasons she applied to be a mentee in the program is because she wanted to network and connect with more Black female physicians in the field of medicine and around Toronto. Being an out of province student from British Columbia, this was an essential part of settling into her journey as a medical student in a ‘foreign’ place and making new social connections.

“I wanted to get involved with the Diversity Mentorship Program so that I could network, make new friends in the city and connect with other diverse physicians and medical students,” she said. “After attending an event with the Faculty of Medicine and seeing so many ethnically diverse physicians there — I realized this was something I needed to see and this experience played a role in why I wanted to be mentored by a Black female physician.”

Oni says mentorship is something she now participates in through things like her online blog and Instagram account where she discusses her life as a U of T medical student and offers tips to new medical students and medical school-hopefuls.

“Mentorship is pretty close to my heart. I used to have this mindset that I could do everything on my own, but the program has been transformational for me. My small way of contributing back and trying to reach other people is through my Instagram and blog. I really like connecting with people and sharing my experiences with them,” said Oni.

If you are interested in learning more or becoming involved with the Diversity Mentorship Program as either a Mentee or Mentor, you can contact Shannon Giannitsopoulou. The program conducts a new intake on an annual basis and is available to all U of T undergraduate medical education students.

Talk to Us: Addressing Learner Mistreatment